You're eligible for a gift product that you did not add to the cart. Check your available gifts! If you do not add the gift item to your cart, we will not be able to ship it to you. 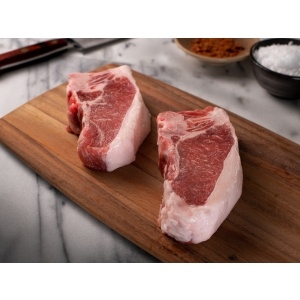 Spain is famous for its Iberico Hog, a breed that is raised free-range and allowed to fatten on wild acorns resulting in beautifully marbled pork. Some call it, without exaggeration, the Wagyu Kobe of all pork. Previously Iberico was available only from Spain. Now, this Spanish tradition is available with a unique American twist. A few years ago, The Oriol family, one of Spain’s prominent Iberico pork producers, began raising the Iberico hogs in Southern Georgia, a region that resembles the Dehesa in Spain they come from. The American born Iberico Hogs are raised free-range year-round and are finished on Pecans and Peanuts rather than acorns, giving them a unique American twist. The result is a pork that is more than the equal of its Spanish cousin. Delicious and Rich.

Sign Up Now
For Email Newsletters you can trust.